This Photo of the Week was one taken last summer. It was taken on film, and as a double-exposure. It was then digitised complete with grain, dust spots, and other charisma. This series of photos Poem of a Cacophonous City is more in the art realm… than of poetry, but then poetry is also more in the art realm than something like a police report. Anyway, the point is that it will look great on cafe walls.

This series is meant to convey the business, the proximity, the noise, and general clutter of the city. However, this particular image is meant to convey a different kind of clutter. The spelling, or mis-spelling of the titles this particular picture has had include Ex-plain, Explane, and Explain. Essentially it toys with the idea that Nagoya, the city where this photo was taken, was a flood plain, or a delta, that was regularly inundated after each snow melt, where new sediment was deposited. Now, there are flood barriers, and in the last 40 years, the general Nagoya area has sunk about 20cm, and especially sinks during and after each shaking of the sediment from earthquakes. So, this former, or ‘ex’-plain had pretty flowers here once, and now it’s a city. But why put a city here? Explain to me, that. Especially because sedimentary plains shake more in earthquakes causing more damage, and the whole basin will be below sea level quite soon. Isn’t it a poor choice to have one of the richest cities of the world? 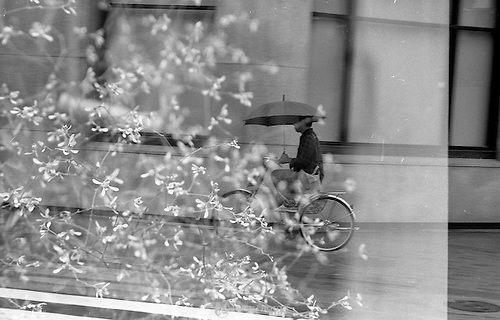