#PokemonGoGoingToFast I suppose passengers do sit in seats. In any case, this happened shortly after taking an escalator, and it has happened a lot in the underground shopping malls in Sakae. I suppose the app doesn’t handle GPS interference very well. What is particularly annoying is that I have only one option to push, even it if means that it is not true. It does irk me. Update to the JapanesePhotos Instagram at: http://bit.ly/2bl6Hti.
Posted in On the road tagged with pokemon, pokemon go

????? Rattata on my dinner! Update to the JapanesePhotos Instagram at: http://bit.ly/2bqGfNo.
Posted in On the road tagged with pokemon go

The most dull Olympics ever

The Rio Olympics has been plagued with enough controversy. In fact, a friend asked me what I’m most looking forward to in these Olympics. My friend was referring to which sport; however, I answered with, “the controversies”. Each Olympics has some sort of shadow cast over them, which surely etches away at people’s faith in them. For instance the bribery and corruption around the awarding of the games to host cities (BBC, 1999, National Review, 2016). The Sochi Olympics showed us that even the most expensive projects can still be the worst (see the “Sochi toilets“, and the Telegraph for instance). And then there’s the value afterwards (see this, BoredPanda). 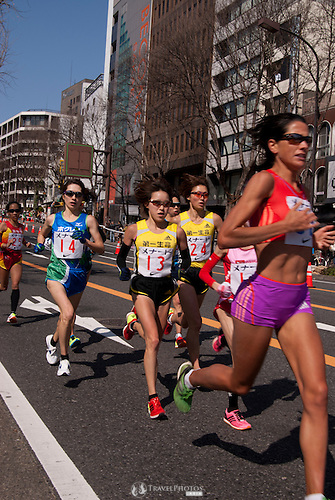 South Africa’s Rene Kalmer (in red) led the field for the first half of the race. Japan’s Yoshimi Ozaki (number 13) came second in the Nagoya Women’s Marathon, qualifying her for the London 2012 Olympics. Yukiko Akaba (#14), Misaki Katsumata (#24), and Yoko Miyauchi (#25) also pictured.

This Olympics has been the worst for me. I live fully in the 21st Century, which means I don’t need a TV anymore. I have things like news websites, BoredPanda, PetaPixel, NetFlix, and more. So, the decision announced on the day of the opening ceremony by the IOC to ban all short animations like Vines and Gifs has been terrible (PetaPixel). All I have is flat, dull news stories of athletes that apparently have done awesome things. Still photos like mine above are wonderful to represent an event in certain media. However, photos cannot represent and replace activities, actions, and reactions, which makes video and short animated snippets valuable. The recent example that prompted me to writing this is the brouhaha about a Chinese swimmer’s over-the-top reactions (BBC News). The official photos show someone who has a regular smile, and so I cannot see why this has even become a news story; the point is clearly lost.

Why has the IOC banned short videos and animations? So that the American NBC can have a monopoly on the Olympic coverage in the US. It prevents people like me from enjoying the Olympics without the NBC, so that I must rely on the NBC Olympic coverage. Here’s the big issue, I DON’T LIVE IN THE US, I live in Japan, so I CANNOT watch the games on NBC.

Furthermore, there is geoblocking or geography-based censorship of videos on the internet (pictured below). Which means, I cannot watch anything in English here in Japan. Japan Times and Japan Today do have some coverage, but not much, and certainly no videos. Any Olympic coverage they have is of Japanese and American atheletes, and one or two key figures from other countries. So the games has been pointless for me, because I cannot see and enjoy the spectacle.

GeoBlocking of the Rio 2016 Olympics

In four years time there will be more people like me, who no longer see a need for a single-function device like a TV, and will be relying exclusively on the Internet. The Tokyo 2020 Games should be a fun-filled festival; an extravaganza of human physical prowess and achievement. Without video, moving-picture highlights, it too could become flat, dull, and pointless for the expat audience, and the growing global internet-based audience. The number of people watching the Olympics will diminish, a point that advertisers will certainly be aware of, which will have other financial consequences to the IOC and the Tokyo Games. The next time you see an Olympic photo, do you see any advertising in it? Do you see any advertising in the geo-blocked videos shown in the image above? In short, the geography-based media monopolies must end.

At the World Cosplay Summit. Many cosplayer fans flock annually to Oasis21 in Nagoya for this night of nights. Update to the JapanesePhotos Instagram at: http://bit.ly/2arCUAl.
Posted in On the road tagged with cosplay, nagoya, world cosplay summit