5 Times to avoid travel in Japan

Sadly, this is the last time we will publish a travel related article for free on our own blog. However, we have not given up, and we will not quit. We have lots, lots, LOTS more to write about, photograph, and share. All our new travel articles will be published on our Patreon page.

I’ve had models come from overseas and want to work with me, and I’ve had to give them warnings and advice on moving about in Japan. Generally, there’s a few key pieces of information that all travellers must have. You simply cannot just turn up and expect everything to work; in this otherwise well managed, smoothly functioning country. 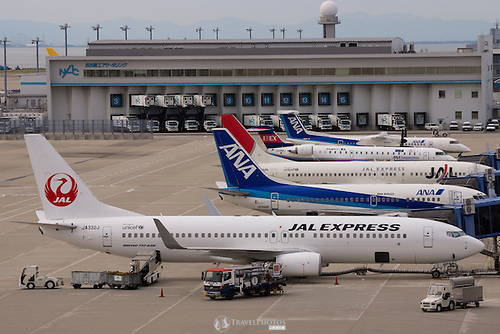 Japanese get very few holidays and little chances of having time off. They are expected to work like slaves through out the year and their lives. For instance, even though legally maternity and paternity leave is generous, generally men can get only really the day of their child’s birth off (and may be a couple more days). That means, there’s just a few opportunities in the year to do things like head back to their home towns. Many Japanese were raised in a different city to where they currently work. Consequently the transport system gets very, very, clogged at the start and end of the holiday periods. Major companies used to coordinate their holidays to be held at the same time, so that it was easy for staff to know if another company is contactable on particular days or not. This led to Friday afternoon jams on public transport like the bullet train, airports, and highways. A two hour trip could become an eight hour ordeal. At the end of the break the so called “U-turn” rush is just as bad. Companies kept this schedule for decades, but only recently have they started to relent to pressure to stagger their holidays, or offer “flexible” holiday periods for their employees. Flexible in quotation, as their is still heavy restrictions on when they can start and end their breaks.

This is a collection of holidays including Children’s Day that were bunched together because having a scattering of days off was too disruptive for companies. The GW holiday usually starts from the last few of days of April and ends at around the 5th of May. The exact dates vary from year to year, and depends on when the weekend is. 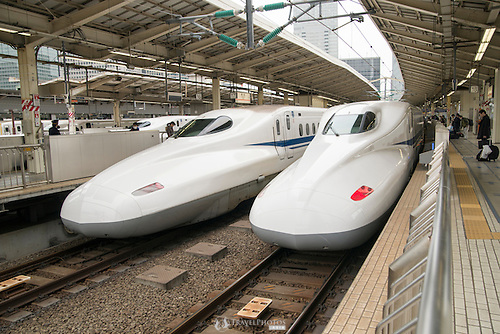 The bullet train is known by the locals as the “shinkansen”

The New Year holiday replaces the family focused Chinese or Lunar New Year (CNY) that was celebrated until this post-war period began, and is now largely forgotten from Japanese culture. For European cultures, Christmas is the big family time of year, but CNY was that for Mandarin influenced cultures. Today in Japan, they have completely adopted the Gregorian Calendar, and so the European New Year is celebrated instead. The break normally starts at around the 27th December (depending on when the weekend is), and lasts until about the first weekend of the new year. Usually, you would have to avoid travelling on that first Sunday.

This is also called Obon in Japan. In Mandarin influenced cultures, this is a mid-summer feast to celebrate the end of harvest. In post-agrarian Japan, it seems this is largely forgotten, and is known as a holiday to celebrate the ancestors. It used to be held according to the lunar calendar, but since Westernisation in the late 1800’s, the holiday was fixed to the Gregorian rather than the lunar Calendar, but is still a floating holiday. It generally runs from around the 11th to 16th August each year (depending on the companies). It’s not an official holiday, and so government offices are still open, and many services still operate on normal schedules.

On any given day

The subways can be crazy-crowded, especially in Tokyo, Nagoya, and Osaka. The times to avoid generally vary by station, by section, and especially by line. Generally avoid the main lines that connect to central nodes, especially between 7.30am to about 8.10am. If you take the train during this rush period, you won’t be standing only shoulder-to-shoulder (yes, let your imagination run wild). If you have a backpack, it’s best to wear it on your front when inside the train. 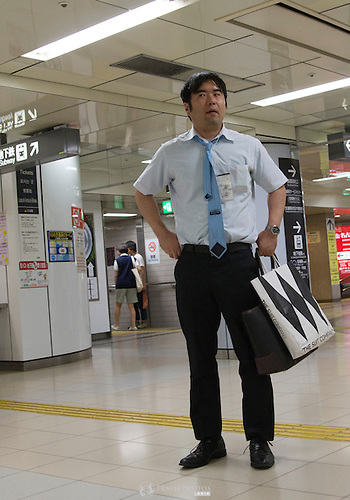 An office worker at a subway station probably wondering how to get home after an after-hours get together.

Two things to be mindful of. The last subway train can run from around 11.40pm to maybe 12.20am. This means, if you miss it, expect an expensive taxi ride home. Check hyperdia.com for train times. The other thing is if there’s a special event or festival. Subway stations are not designed for big event crowds. So when a fireworks display, a baseball game ends, or even a town festival ends, crowds will generally descend on the closest (often only) nearby train station all at once. Don’t plan on any taxis being available, or even a way to drive anywhere between the event and the train station. Crowds can be so thick that even traffic wardens can keep cars at traffic lights waiting for over half an hour or longer, if the roads were allowed to be open at all. 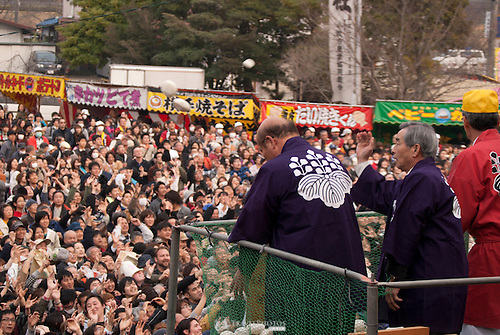 Some festivals can attract crowds of anywhere between 100,000 for a small local festival, to many hundreds of thousands.

Bonus: Kyoto on any given afternoon

Kyoto residents are proud of their city’s heritage. So beautiful is it, that a captain in WWII in the US military who was tasked to choose bomb sites said that the city has such a cultural and architectural heritage that it should be spared from all bombing. Today, hoards of tourists descend on the city on a daily basis. Many Japanese and Chinese tour groups have their own buses, but North American and European travellers tend to find their own way about town. Consequently, when all the tourist places close at 4.30 or 5pm, suddenly, there are hoards of tourists all trying to cram onto buses or take taxis simultaneously. Consequently, the roads and buses are clogged with lots of very tired travellers and locals. 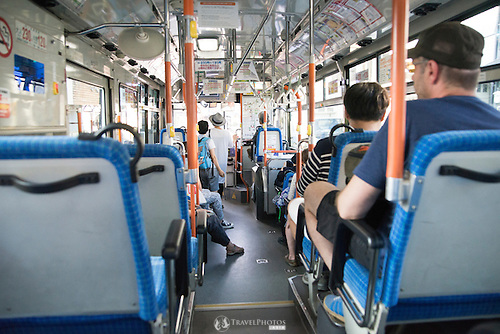 A Kyoto City bus in the afternoon just before tourist sites close for the day.