My first trip to Tokyo and model shoot

It was my first trip to Tokyo, and it seems I got the best and worst of Tokyo weather in two days. Day one, 20°C; day two, 8°C. It was great working with Miyu, who knew exactly what to do. We were lucky and blessed with beautiful warm weather, and lovely breeze which was hinting at Spring and coming summer. However, day two was cold, dreary, and wet. Below is a sample of the shoots, and more photos will be added to galleries and portfolios in the coming weeks.

Day two was a reprise with Ana, and a first time with Joanie. Both were fantastic to work with, and they worked great together. However, the glue of the operation was Ksara our makeup artist. She did a great job in keeping everyone’s spirits up on a cold and dreary day, and helped us all pull through and do well. Her work, her attention to detail, and commitment are all great.

The photos are available at Alamy, and my portfolio in these galleries, Ana, Joanie, Miyu, and Tokyo.

This Photo of the Week (POTW) is of Miyu at Sensoji Temple in Asakusa, Tokyo (Wikipedia). This photo was taken on my first day ever in Tokyo. Yes, I have been in Japan for many years, and have never taken a trip to Tokyo ever before. I had just dropped my bag off at the hotel, not being able to check in until 3pm. I met up with my model and we made our way to Sensoji Temple and created a great set of photos. 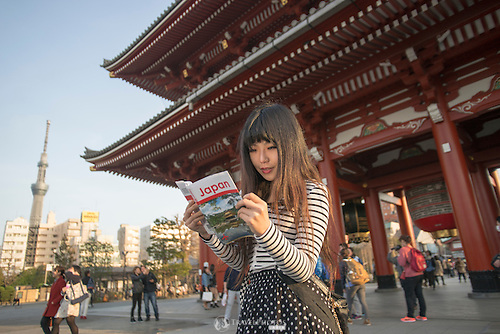 Miyu at Sensoji Temple, with Tokyo Skytree Tower in the background.

Sensoji Temple is probably the first religious site in the area that later became a town, city, and then “Tokyo”. It is said that in 628AD two fisherman came across a small gold statue of Buddha in the near by river, which also marked the approximate location that the temple should be. The statue is so sacred that it has long been hidden away from public view (if it still or ever has existed). Consequently, this temple was probably the first and oldest tourist attraction in Tokyo. The site was bombed in World War II, and has been rebuilt partly as a symbol of resurrection of the city. Today, it is the most visited ‘tourist site’ in Tokyo and possibly Japan for overseas tourists. I heard people speaking English, Spanish, Russian, Chinese, Korean, (probably) Thai and Vietnamese, and of course Japanese.

Where: Closest subway station is Asakusa Station on the Ginza Line of the Tokyo Metro.

When: Any time of year. Best is obviously when the cherry blossoms (sakura) are in bloom, early summer, and Autumn with the changing colour of the leaves. Best to go early in the morning before 10am before the crowds get to thick, and in the evening when it’s beautifully lit. 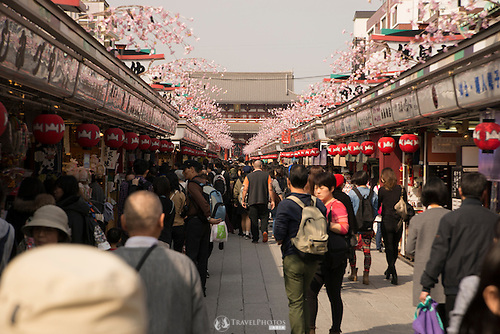 A view of Nakamise Street filled with stalls selling souvenirs for tourists, and at the end if Sensoji Temple.

What to do: Enjoy the sights. Take a rickshaw ride and tour of the area. Enjoy a kabuki performance in the area.

What to eat: Surprisingly, there are a lot of restaurants that say they have English and Chinese menus. A lot of restaurants have pictures or wax samples of their food on display out the front. It is possible to find a good hearty meal for under ¥500 (USD$5), but more usually about or under ¥1,000 (USD$10). Also see food. 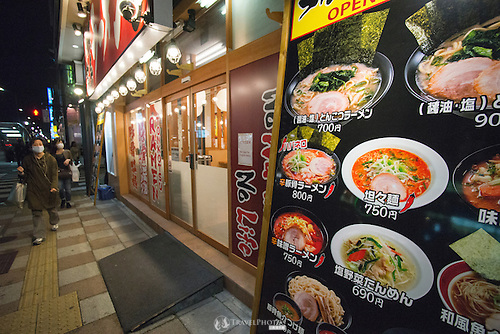 A ramen restaurant in Asakusa.

Where to stay: There are many hotels in the area, which are reasonably priced. This area is on one of the main subway lines, which gives good access to much of the other interesting places in Tokyo. The Ginza Line of Tokyo Metro gives you straight line access to the famous Ginza district, and Shibuya. 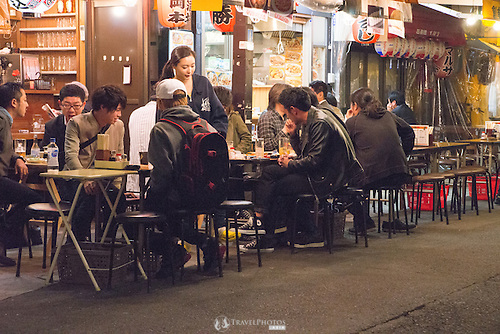